As long as you live, shine!

The mission of Symposium Great Books Institute is to provide the highest quality lifetime liberal learning opportunities for people of all walks of life and ages, by supporting a community of learning dedicated to this end.  Symposium holds rigorous Socratic seminars  (liberal or free discussion with a serious purpose) based on primary or original texts from around the world. The quality texts we curate form the common ground and unifying principle of conversations among participants of varying backgrounds.

By following this approach, our commitment is to reframe in helpful ways the most conventional beliefs about the learning activity. We want to help individuals discover pathways of serious lifelong learning, not measured by the standard of academic degree granting programs (from early education to advanced degrees) or extension courses, nor by the marketplace, but by the standard of a fulfilled human life. Our conviction is that there is a genuine pathway for a life of learning that is rigorous, yet integrated with a whole life – with work in the world and family life – outside the walls of academe.

“Symposium is what I always felt a philosophy or literature discussion was meant to be. You commit yourself to carefully reading – sometimes with difficulty – one of the world’s great classics, on your own. And then, when you show up for a conversation, you’re joining a group of people who are approaching it with the same interest and thoughtfulness that you are.  As we discussed these texts, I’d feel a combination of inspiration and profound humility. On the one hand, you witness some of history’s great minds struggling with issues that are complex, but also surprisingly relevant to how we live our lives today. On the other hand, one of the great things about a Symposium conversation is that you read critically. You’re not bound to the arguments you’re discussing – you’re joining a conversation with the author himself or herself, as well as with your fellow participants. Best of all, after finishing a Symposium seminar, I always come away with a deeper, much better understanding of the text and its ideas – together with a refreshing sense that there is far more to discover.”   – Justin Dunham, New York, NY

Symposium’s approach to books and discussion is rooted in an alternative education movement which started a century ago.   The movement developed as a practice of Socratic conversation based on the primary texts of Western civilization.  While Symposium Great Books Institute is not affiliated with the Chicago Great Books Foundation, Symposium GBI shares the vision of liberal learning started at University of Chicago, Columbia College, St. John’s College.

Adult education has always been at the roots of the great books movement. Figures such as Scott Buchanan, Alexander Meiklejohn, Mortimer Adler, Robert Hutchins, Allan Bloom and Leo Strauss were each involved in significant efforts to create seminars for adults – from the People’s Institute in 1920s New York City, to the School for Social Studies in depression era San Francisco, and later at the University of Chicago.  Seminars on the great books at these institutions brought together people from all walks of life and all professions.

Symposium Great Books Institute was originally founded in San Francisco between 2006 and 2010 by two enterprising young women, Roxana Zirakzadeh and Briana Henderson Saussy.  Roxana and Briana, graduates of St. John’s College in Santa Fe and Annapolis, had a dream to take the one thing of great integrity that they had received at St. John’s College, and offer it to adults of all walks of life in a setting that would be available to people like the working mom and busy professional.

Symposium GBI San Francisco was located on Hayes St. in Hayes Valley, one block away from Symphony Hall, and operated out of a lovely boutique bookstore. Classes were offered every day of the week in the back area of the store, to a growing and beloved community of adult learners.  San Francisco operations were closed, primarily for life changes, not for lack of interest and support. Symposium was then reorganized under nonprofit status in San Antonio, Texas in 2013. In addition to currently holding traditional seminar classes in San Antonio, and working collaboratively with the San Antonio Museum of Art, Symposium Great Books Institute subsequently launched an online component of its work, called “iSymposium“, joining voices across the nation and the world. Symposium in San Antonio and iSymposium keeps to the same root vision of lifelong learning started in Hayes Valley in 2006, and as such has departed from the traditional 2 hour seminar model based on lengthy reading selections (which is more suited to academic programs) and offers now close/slow and intensive reading seminars to meet the needs of serious lifelong readers. (For an example, see The Education Quartet) “…Now here, my dear Glaucon, is the whole risk for a human being, as it seems. And on this account each of us must, to the neglect of other studies, above all see to it that he is a seeker and student of that study (μάθημα) by which he might be able to learn and find out who will give him the capacity and the knowledge to distinguish the good and the bad life, and so everywhere and always to choose the better from among those possible.”

“The desire and pursuit of the whole is called love” –Aristophanes in Plato’s Symposium
“The authority of those who teach is often an obstacle to those who want to learn.” -Cicero 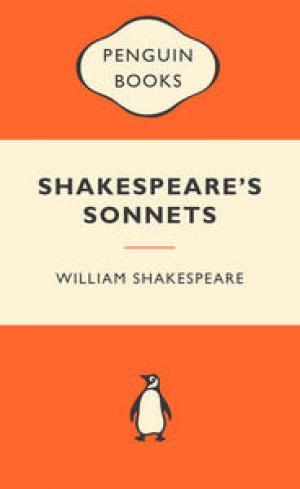