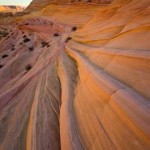 (The following submission is re-post by a long-time participant of Symposium seminars, Reynaldo Miranda. We hope you enjoy!  It follows upon Part 1, “Keynes, the Laissez-Faire and Sedimentation”. Part 3 coming soon! )

All specific names come to be, grow, decay, and pass away–names and their articulations are naturally temporal.  When terms and phrases are coined they embody and carry the freshness of discovery.  As we become familiar with a term, take it for granted, and regard it as so self-evident as to be transparent, the term can obfuscate the insight it was intended to transmit, and so impede our understanding rather than enable it, for example clichés and other crutches.  We might say the greater a phrase’s currency over some period of time, the cheaper its valuation tends to become.  Having such a large stock of cheap, ready-made formulas at hand easily encourages a certain laxity and carelessness in attentiveness, speech, and thought.  When many people become lazy at certain points, others who are clever prey upon and exploit that laziness by passing themselves off as merchants in speech and thought.

So far we have referred merely to our own nature as speaking animals who both err and forget, in order to describe how our terms tend to lose their youthful vigor and instead become frail and palorous.  This is true of plain, empirical, common sense reflection.  Think how much more true it is in our artful and scientific enterprises.  Quite apart from our forgetful and erring nature, there is an additional peril of sedimentation:  As terms are used equivocally, as they are reformulated in differing contexts, as they are commented upon and interwoven within a universe of discourse, they may take on so many meanings, that the word’s original intentions are lost.  In order to see again those original intentions, words and sentences must be uprooted and shaken free of the sediments that have accumulated in layers over long periods of change, and the concepts such words and sentences originally named must be seen anew in their entire splendor.

For by gathering up things in speech we stretch out toward knowing and the perfection of our natures; we remind ourselves and each other of the most knowable and simple things (i.e. the ground of our being); and, we further illumine the things that to us are inexhaustible mysteries.  All of this we do by speaking and thinking, and ordinarily only by speaking and thinking, however rickety and slippery these may at times appear.  This is one main reason we should never ever compromise our consciences, but must instead struggle hard toward clarity and truth, however unpalatable or daunting that may seem.  Otherwise, how could we be sound-minded or self-possessed, or attain to our dignity?  After all, only we humans, of all the animals, have minds that can take in the entire universe–capax mundi as the perennial philosophy encapsulates it.   In order for us to speak at all we must trust in the appearances of things, and so have faith.  Our speech and thought, then, serve us as rough pointers, markers, and compasses, precisely because they are borne by faith, hope, and love.   The poet and essayist Wendell Berry has written a splendid book about this, entitled Standing By Words.