Born, raised, and living in San Antonio, I am a teacher by trade. After studying Classics at UT Austin, I taught Latin for four years until changing to World History. A proud generalist, I prefer the big picture over the little one in any subject.  But to have that, one must take hold of the small–and that is why I love Symposium. We can best root our general understandings of any subject in the core texts of the recognized great minds. Symposium offers a way for adult learners to hit the books like folks usually do the gym. The seminars are invigorating. I am glad to be a part of this fantastic project!

I have been teaching and lawyering in the Boston area for few years, but in the quiet morning hours when I can read for a few minutes, I have the profound realization…  that it’s time to drive to work. The long drive fixes my audiobook addiction (as an audio-didact) but I still enjoy the few moments each day when I can open an old book and be “watcher of the skies.”

When evening has come, I return to my house and go into my study. At the door I take off my clothes of the day, covered with mud and mire, and I put on my regal and courtly garments; and decently reclothed, I enter the an­cient courts of ancient men, where, received by them lovingly, I feed on the food that alone is mine and that I was born for. There I am not ashamed to speak with them and to ask them the reason for their actions; and they in their humanity reply to me. And for the space of four hours I feel no boredom, I forget every pain, I do not fear poverty, death does not frighten me. I deliver myself entirely to them. (Machiavelli, Letter to Francesco Vettori, 1513)

Currently, I settle estates, volunteer as a judge for high school and college mock trial competitions, help local business owners navigate the law, drive my daughters to ballet and gymnastic practices, and think about ways that legal analysis can be enlightened by literary ethics. In the past, I have taught comparative law and Shakespeare in various settings, including international seminars sponsored by Brandeis University (BGI) for Russian-speaking students around the world, a course on Western philosophy for Thompson Learning, and lectured on great books for Newton’s community education program, where I served as the adult program coordinator.

Geoff studied chemical engineering at Purdue University, graduating in January 1966 with a BSChE, earned an MBA at George Washington University, was a commissioned officer in the U.S. Navy and worked for years in the Environmental Industry, in Florida, Georgia, Louisiana and Texas.  In one notable project for the Defense Department, Geoff served as manager of a multi-contractor team to destroy the remnants of the Soviet anthrax stockpile on “Voz” Island in the Aral Sea, Uzbekistan in 2004.  He retired in 2011 after more than 45 years of challenging and rewarding work.

Geoff is now in his fourth year as a Docent at the San Antonio Museum of Art (SAMA). He is currently editor of the newsletter, Docent News and Views. He serves on the Docent Council, serves as chair of the docent book club, and participates as a member of the research committee. He is an active participant in multisensory tours for the blind and visually-impaired offered one Saturday each month at SAMA. In 2016, Geoff began taking classes at ALIR. ALIR is open to adults age 50 and over in San Antonio, and currently numbers over 600 members. In fall 2016, he also began teaching. He has taught three courses, and will continue in Spring 2018 with a course covering everyday life in ancient Rome. He enjoys courses on art history, technology, U.S. and world history, literature, opera, and film. In May 2017, Geoff was elected to a two-year term on the ALIR Council. He serves as chair of the Scholarship committee.

Geoff has been an enthusiastic participant in San Antonio Symposium Great Books Institute for over two years. Geoff first heard about the ‘great books’ when his parents gave him the Great Books of the Western World during his senior year of high school. He also participated in a weekly Great Books readings and discussion group of high school seniors in 1960-1961. These opportunities fueled a life-long interest in the Great Books. He has been able to help enhance the readings by leading tours of participants to San Antonio Museum of Art’s excellent collection of Greek ceramics, as well as other artifacts from the ancient Mediterranean world.  Geoff was named a board member in 2017, and currently serves as treasurer.

I am a mother, reader, and thinker and I don’t believe those things can or should be mutually exclusive. My love affair with the classic great works of both Western and Eastern civilizations started over 10 years ago with the undergraduate program and then Eastern Classics Masters program at St. Johns College.  I then went on to San Francisco where I co-founded and led seminars at the Symposium Great Books Institute San Francisco. Originally from San Antonio, when my husband and I  moved back home and started a family of our own as well as a full time business and writing a book (due to be out Spring 2019). I knew that I did not want to lose the opportunity to stretch, open, and exercise my mind. I am thankful to David and others for making that opportunity available again! Every time I sit down at the table-whether at a physical location or in our virtual institute – I feel grateful to share thoughts and meaningful conversations with my peers, excited to have encountered another masterful work, and privileged to have the opportunity to read so many great works and have so many conversations that really matter. These books and the ideas within them have the power to change your life, to deepen your thinking, to make your relationships more meaningful-exploring them requires endurance and courage but the rewards are well worth the risk. Hope to see you at the table soon!

I count myself a lucky fellow to have been part of the founding of Symposium Great Books Institute with Briana and Roxana Zirakzadeh in 2006. Their vision still holds true today – to discover a pathway of serious learning liberated from the standard of schools and colleges that works for the busy mom and professional, a pathway that does not separate the life of the human being from the life of mind. The founders of Symposium dreamt about a way to bring that one thing of great integrity they learned at St. John’s College to adults out of school.

I came to the St. John’s College undergraduate program as a somewhat older and very serious student after spending my late teens and early twenties searching in vain for a college that wouldn’t eviscerate the realm of human knowledge into mutually exclusive departments. I wanted an education that could satisfy my desire to see the roots whole, and to understand the fractured, fragmented world I was living in, and especially one that would facilitate a understanding of the real roots of the modern crisis. St. John’s was the only educational institution that was sufficiently radical enough – that had spoken directly and completely to that hunger to go to the roots, while allowing sufficient freedom of thought and judgment.

After the undergraduate program, I continued my education there, studying in the Eastern Classics Master’s program. At St. John’s, I was especially interested in the founding dean and educator Scott Buchanan’s efforts before bringing the New Program to St. John’s College in the late 30s. In New York City, he started discussions on books that brought together various groups – from immigrants to laborers – to talk late into the night about Plato and Kant, Euclid and Einstein. It was during this time – in the period after World War I – that Buchanan hit upon something like a rediscovery of the idea of the liberal arts, as well as a need or hunger for such a broad and deep sort of learning that is as rigorous as it is freeing. These discussions, held as they were against the backdrop of the glowing embers of World War I, were characterized by a sense that no small thing was at stake in understanding what these authors were in fact saying. Buchanan (with Stringfellow Barr, Jacob Klein and so many others) taught a sort of courage to take on the entire tradition, root stock to branch, and to go directly to the sources. The pathway opened by their efforts was less a reaction to a world crisis, than a serious effort to stop and think, and to take stock of where we have been, who we are, and where we might be headed. To be part of Symposium Great Books Institute for me has been a way to practice that courageous and radical search, to share it with others, and to participate to the best I can in that thing that was hit upon at the birth of the modern world nearly a century ago. But most of all, Symposium has been a way for me to give back to the community something I see again and again brings just little bit more good into the world, and benefits people’s lives in innumerable and significant ways.

“I’ve really enjoyed and felt enlightened by these seminars. It’s rarely easy to get a group of your friends together to discuss anything of consequence in a focused way, but Symposium completely solves that problem. Not only that, but it provides the impetus to learn about some of the classics I might have never made time for on my own.”  Dusty James – Harrisburg, PA

“I was just going to write “deposit” on a statement, and instead I began writing “despot”!  Thanks for the recommended readings: they’re sinking in.”   J.K., North Carolina

“Symposium is different.  It’s not a book club where you read the latest best seller, sip wine, gossip, and do everything but talk about the book.  And it’s not an academic seminar either – where a rumpled, aging professor in an ill-fitting corduroy blazer lectures on why a great book is sacrosanct.  Instead, Symposium gives you – the average reader – an opportunity to tussle, engage, and struggle with understanding, the big ideas of life.   Symposium participants are not expected to have any advance knowledge about a text or to even have any idea who the author is.  Many times, I have fundamentally misunderstood a text or read a passage incorrectly, but during (and after) the discussions, I have come away with a better understanding of the text through the thoughtful comments of others.  Symposium will force you to engage authors and to tackle ideas that are so easily glanced over.”  Jason Erlich, San Francisco, CA

“I have been familiar with Socratic seminars for nearly twenty years, and frankly I was a little skeptical about having one via a voice conference as compared with physical space, even in our day and age.  How wrong I was!  Our conversation on Adam Smith last night, coast to coast, was wonderful.  I enjoyed listening to everyone, and I begrudge their availability to pick up the conversation next week where we left off.  I suspect that though we know everything has a “natural price” we have no way of ascertaining that price precisely, and, even if and when we did, all the natural prices are relational to each other, and so Adam Smith’s argument is that theoretically the market price approximates the natural price best; eo ipso the public good, and not merely the private, is well served.  Thanks to David and all my colleagues on the call : each time I’ve participated (remotely) in a Symposium the reading selection has been stupendous and the conversation excellent.  Highly recommend it to any and all who are serious.”   –Reynaldo Miranda , San Francisco, CA 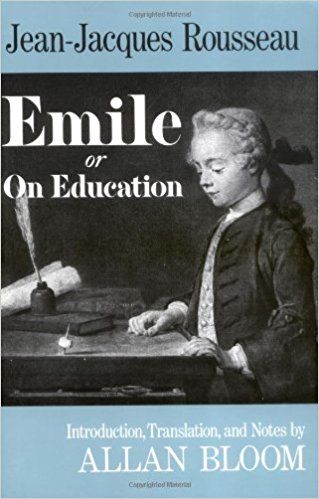